Show contents are deleted on exit 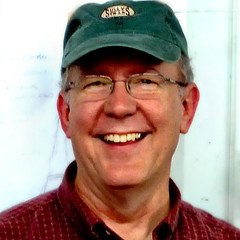 Hello - I was working on a short 3.5 minute slideshow and saved, then exited to do an edit of a photo in Lightroom.  When I returned and opened Photopia, then opened the "project", it appeared as "Empty"!  I seem to have the files in place, but when I load them there are no photos or videos, music, etc.  All is gone.  Is there a way to recover without having to recreate all the work I had in it, and why did this happen?  It leaves me a bit unhappy with Photopia.

Edit to add the rest of the story - And then when I attempted to write a problem report, I fill out the details and am greeted with "Failed to create problem report."  And, "An error occurred while sending a problem report. Please try again later."  I'm even more 'encouraged' now.....

We've seen this issue before, unfortunately, but it's not clear what triggers the problem. Select that project from the "Projects" window then click the "Revert" button to restore the most recently saved version of the project. This should get things back to a good state.

Although it should go without saying, this is one of the highest priority issues on our watch list. If the issue occurs again, especially if you notice any clues that might indicate a trigger, let us know.

The issue with Problem Reports failing to send should have been addressed in the most recent update (1.0.763), so if you're running that build then it looks like we have more work to do. Next time you try to send us a Problem Report, take a screenshot of that PR window before pressing "Send Report". If the process fails, let us know so we can get a copy of that screenshot, otherwise you can discard the screenshot.

@joshua  Of the two problems I mentioned:

1. Before I read your comment (wish I had waited) I restored from a 2 day old back up the files, and consequently  had to redo an hour or more worth of work.  Next time I'll wait for your response!  But I did note a couple of other items that may be related:

- At one point during some work on a short (3 second) video, when I tried to preview the resulting slide I was working on, the preview (full screen) showed scrambled segments of the screen rather than a preview.  Lots of black space between them, but clearly a video mess.  Had to exit and restart Creator to correct.

- At a later point, I attempted to "Save" (I have started doing more frequent manual "Save's" due to some of these behaviors) and Creator locked up.  It would still indicate when I was hovering over a button by highlighting that button, but was completely frozen otherwise.  It would not exit either.  I pulled up Task Manager and at first Creator didn't show up, but then it did and I was able to force it to close from there.

I am running what I believe is the latest version of Creator:  1.0.763

2.  On the Problem Report issue, I will follow your advice.

Thanks once again for your help!

The problem with scrambled full screen playback is an odd one. It could be related to the video card driver or something of that nature. I don't recall seeing this behavior in Photopia. If it occurs again, let us know.

I'm also not sure what might cause Photopia to lock up (or 'hang') during a save operation. It's possible there was some kind of delay in writing files to disc, but that part of the process should be separated off so it doesn't interfere with the UI.

Given what you've described so far, it sounds like Photopia might be entering a 'hang' state intermittently. If that's the case, there could be interference from other software, possibly an anti-virus program or something that periodically / constantly scans or otherwise protects the computer. This could explain why you're seeing problems in a variety of operations.

I have not seen a repeat of this, however I have seen the "hang" a couple of times on 1.0.776 when using the Wizard and then attempting to play the preview before accepting it.  That means start all over when adding a new show to a project, but then not much has been done with it at that point anyway.  Not a big problem as it doesn't seem to happen all that often.